Friday morning we were excited to hop on the train (a new adventure!) and head south to the little village of Chartres. We’d heard about the amazing stained glass windows and opted to go south instead of east to Versailles. In hindsight, we couldn’t have chosen any better. But, I’m getting ahead of myself. Navigating the train station, after making a few transfers via the metro, was suprisingly easy. The only thing that was a little worrisome was no one ever checked to see if we had a ticket!! 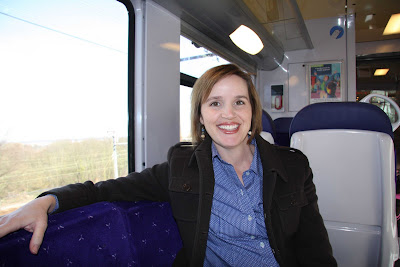 We arrived in Chartres and headed straight for the cathedral. It was a crisp, sunny morning and the skies were so blue. Inside, we were disappointed to see a boatload of scaffolding. The church is undergoing some needed renovations and many of the windows were covered up by steel. After some debating and wandering around the church, we decided not to take the tour by the fantastic English tour guide we had heard so much about and do the self-guided one, instead. That turned out to be the best decision of the day. We snapped some photos, enjoyed the quiet of the church and grabbed a quick lunch…although, it took us FOREVER to find that quick lunch. Long story, but we did quickly quip to one another (this is for all you “Casablanca” fans out there), “We’ll always have Paris.” 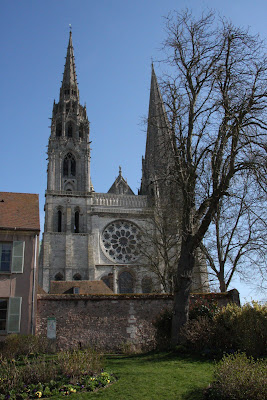 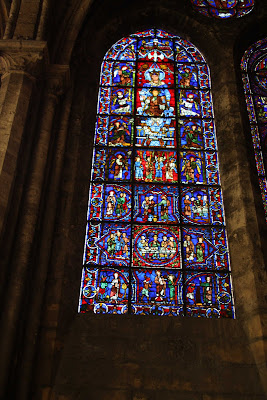 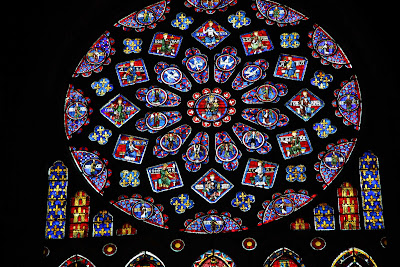 Every church has a first-degree relic, i.e. something from a saint, underneath the altar. Typically, it’s from the saint for whom the church is named. In the Chartres Cathedral, that relic is on display. It’s the veil Mary wore when she delivered Jesus. While the actual veil (a replica is two pictures down) was behind all that scaffolding, a small piece was housed in this, for pilgrims. We spent some beautiful time in prayer in this church. 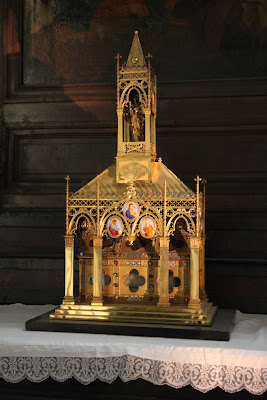 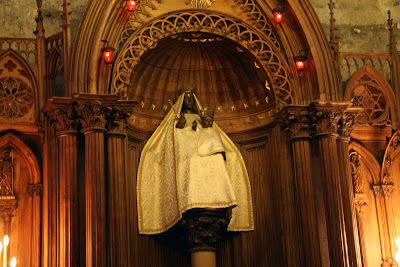 While we’re heading back to the train station (we thought we had a good 30 minutes or so), we finally found that cold Coke with ice we’d been looking for…in McDonalds! Just to clarify, that is all we bought there. Promise. We saunter over to the train station and look up at the boards. We saw our 1:34pm train as on time, but noticed there was a 12:57 train as well. It was 12:54. We ran down that flight of stairs so stinkin’ fast I nearly broke my leg. We lept onto the train (I’m making this sound so dramatic, aren’t I?) and less than 20 seconds later, the doors closed and off we went. Not only did we score an extra 30 minutes of train time, but this train had 2 less stops than the later one. God must’ve wanted us back in Paris!

Now that you know what a relic is, Notre Dame’s relic is the crown of thorns, from Christ’s Passion. It was originally housed in La Sainte Chapelle, but after many years of selling thorns to the highest bidder (can you imagine?) the crown was respectfully brought back to Paris and placed in Notre Dame at the urging of King St. Louis IX. During our first trip to Notre Dame, we found out that the church held a veneration (a public display) of the crown of thorns on the Fridays of Lent at 3pm. See why that train ride and self-guided tour were so key? We made it back to ND at 2:20 and landed fourth row seats. We were ecstatic.

The Crown of Thorns

I should be clear, about 360 days of the year, the crown of thorns is housed in a magnificent reliquary in the church. But not today. Today, the bishops brought out the incense, the church was hushed, the Latin choir chants echoed throughout the church and Scott and I sat in awe. It was most certainly the spiritual high of the trip. At the conclusion of the service, we were prepared to leave, when we realized that part of the veneration was going forward and kissing the crown of thorns. It’s difficult to describe the emotions you feel when you’re that close to something of Christ’s passion. You think of his sacrifice and his love, as well as your own shortcomings as a human being. Yet, you know that he did that for you. What a precious moment of love.

We walked out of that church as different people.

For a while, we just walked in silence, holding hands, and taking it all in…breath, by breath. It was in that moment, I knew this trip was something our marriage desperately needed and it was a divine gift. We spent our last evening in Paris, strolling (slightly quick) through the Musee d’Orsay and enjoying some amazingly beautiful Van Gogh, Monet, Cezanne and more. I still can’t believe they let us get this close! 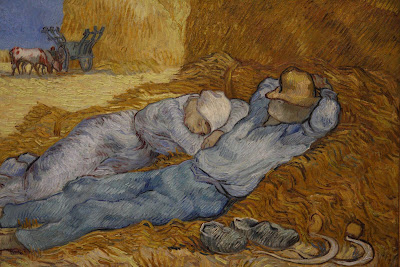 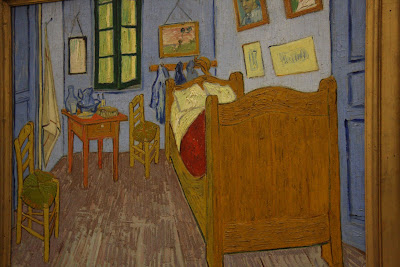 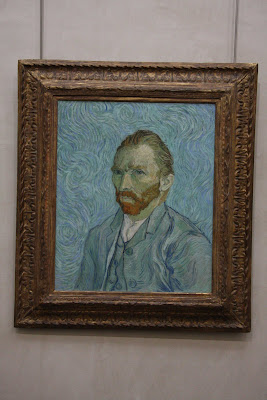 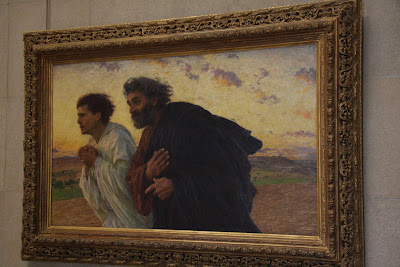 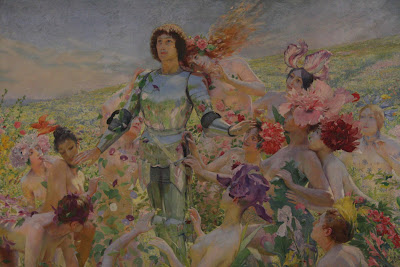 Close to exhausted, but still feeling the energy of Paris, we had one more very important stop to make. Scott promised me some shoes…and boy did I find them! When my feet recover from all that walking, I promise to show them off. I can’t wait to say, “Oh these? I got them in Paris.” We stopped off at the hotel, dropped our props and went to dinner. A final dose of creme brulee did the trick…our perfect week in France was nearly complete.
Tomorrow, we enjoy two fabulous cities – Paris and Rome – shoot some illegal photos, almost lose a hand, eat real Italian food and watch an unlikely movie in Italian. Buono note!