It just doesn’t seem possible that we hit Europe’s two biggest cities on the same day – what a dream.

Saturday morning, we got ourselves all packed and then headed to our last Paris stop, Sacre Coeur (Sacred Heart Basilica). We arose early because we heard the church was stunning just after sunrise. Boy was it ever. 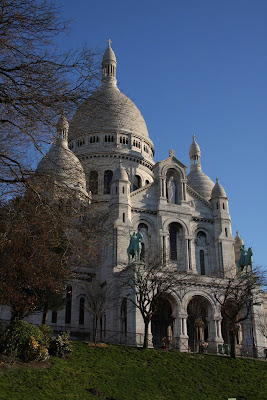 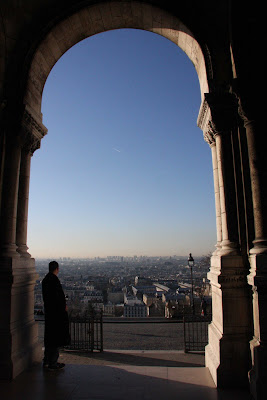 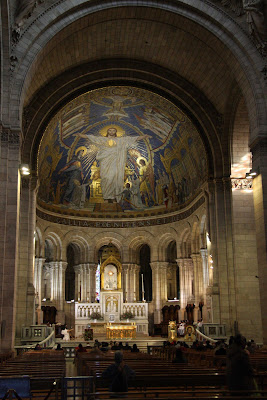 Here’s our illegal picture. The nuns were chanting in Latin and praying and it was just so beautiful…the sounds, the smell of candles and the view of the mosaic. I had to break the law. 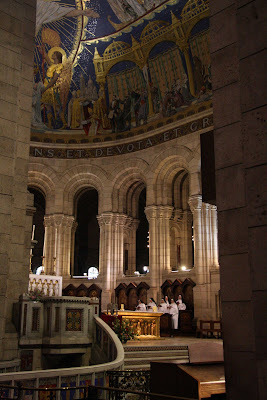 Is that stained glass magnificent or what? The morning sun was streaming in and just lit up the church. Scott had to drag me out so we wouldn’t miss our flight! 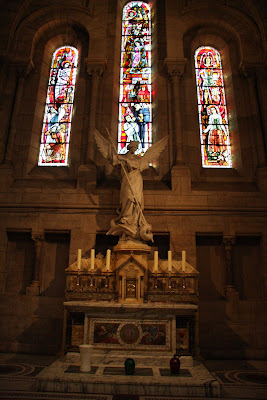 Alas, we bid adieu to sweet Paris. It was a magical few days there. We were sad to leave a place with so many fantabulous memories, but we knew we were heading to our other “home” in Italy. That eased the landing. We eagerly stepped aboard that Air France flight – again in business class with the food. Crazy.

Next stop. Citte de Vaticano. Actually, the first stop was for pizza y gelato. Paolo was our tour guide and our translator. I have no idea what he ordered, but it was the best stinkin’ pizza I’ve ever had. It had blue cheese and who knows what else. Loved. It. Ok, now we could go see Rome. I will NEVER get tired of seeing this sight. Ever. 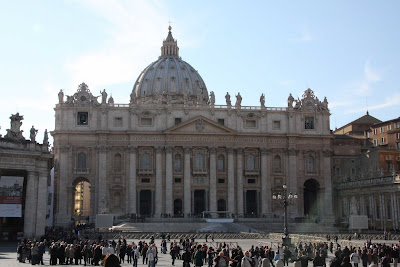 We stood in line for a bit and then headed down to the crypt, where many of the popes are buried. We had a few moments to stop and pray at Pope John Paul II’s tomb. I won’t hop on the soap box, you people know how I feel about him. I enjoyed the moments of reflection, very much. 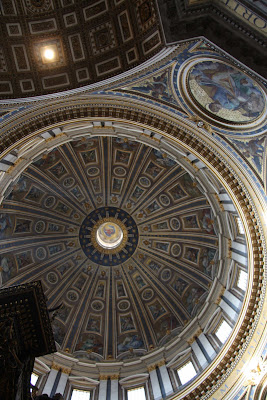 My favorite window in all of St. Peter’s, dedicated to the Holy Spirit. 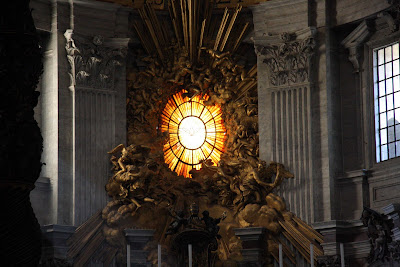 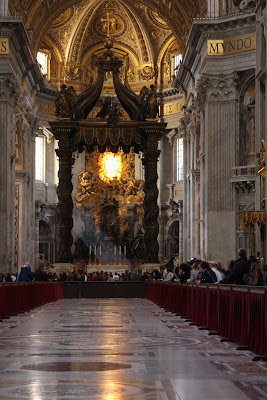 After getting my St. Peter’s fix, we headed toward the Mouth of Truth. Sounds a little scary? The so-called “Bocca della Verita’,” in the portico of the church of St. Mary in Cosmedin could have a bad outcome. Legend says that if you put your hand in the mouth of this ancient sewer cover, that liars’ hands will be bitten off. Yikes. Fortunately, we got to keep ours. One last photo op and then we headed to Paolo’s casa. This is a little known panoramic view of Rome and it’s lovely, no matter the season.

Of all the “Scott and Kathryn” photos, I think this one is my favorite. Don’t know why, just is. 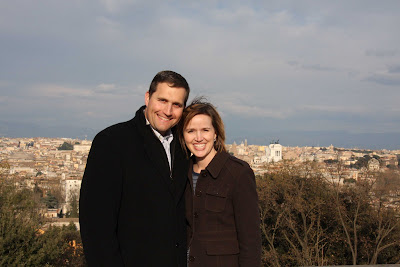 We finished the day, spending some quality time with Paolo and Patrizia. We packed the camera and all the souvenirs, ate some really, really amazing home-cooked Italian food (including Patrizia’s to-die-for tiramisu), watched “The Incredibles” in Italian with the boys and said goodnight. It just went by too quickly.

A quick recap on the infamous Paolo and Patrizia. We met back in 2000 during our first trip to Italy and have remained friends ever since. They are our age, with boys the same ages as ours and we have so much in common. Except for the fact that they speak Italian and we speak English. Bah, little things. Never underestimate the power of an English-Italian dictionary and charades. Until next time… 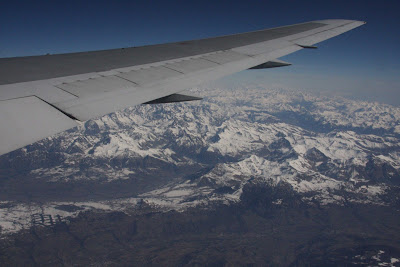 The flight back was L-O-N-G. It’s always harder coming back than going, I think. Plus, “Kung Fu Panda,” our in-flight movie was on the fritz. Dang it. After a couple of flight delays and emergency landings by other aircrafts, we finally hit Texas soil around midnight and were greeted by a really sweet brother who drove us home. 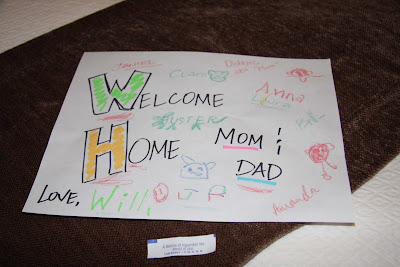 I’ll be honest, it’s been tough to get back in the groove of dirty laundry, dirty dishes, dirty diapers, dirty faces and dirty hineys. But, hey…
We’ll always have Paris.
Thanks for allowing us to chronicle the trip. Hopefully, we didn’t bore you along the way. Shoot, maybe we inspired you to take a weekend with your significant other…or at the very least, go out on a date night. Three cheers for the reinforcements back home. And, my best hugs and kisses to the love of my life, Scott.
Over and out.