No rest for the weary, this time three weeks ago we were on vacation, in awe of the cooler temps.  After a 5:45am wake-up call (that one hour time difference was awesome at night but a killer in the mornings!) we ate a quick breakfast, listening to our classical music, and then hit the road. 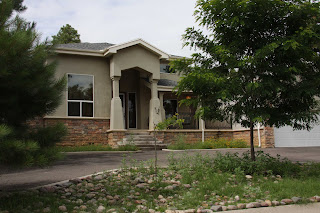 Well, we did end up coming back to the house three times in 15 minutes because we kept forgetting things.  But once we finally hit the road, it was an uneventful trip to the top of the mountain, Ski Apache’s ski lodge.  We had talked up the gondola ride to the top of the mountain, but when we arrived they told us it was closed for repair.  Major bummer.  We just went exploring instead and Will earned his nickname “Downhill” when he decided to run down the mountain.  He stopped the full throttle run by tumbling down that last bit.  He’s lucky he didn’t break an arm!  The ride down gave us some spectacular views of the mountains. 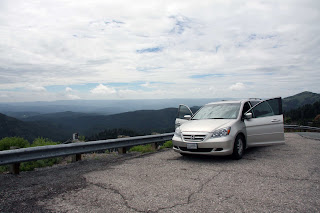 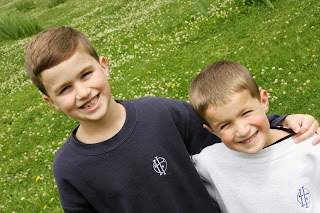 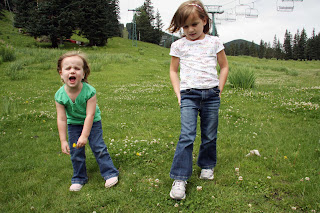 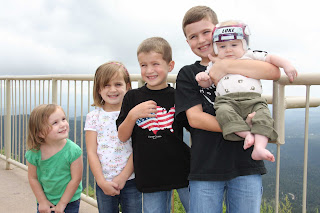 After lunch and naps at the house, we participated in the traditional putt-putt golf game.  Clare was, by far, the funniest one to watch.  Luke just chilled out in the stroller watching us all try to beat each other.  Oh, the quick tally for the winner was Scott by a few strokes.  Ahem. 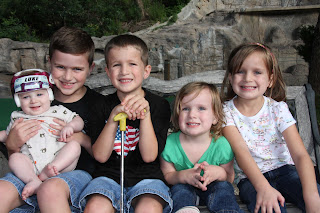 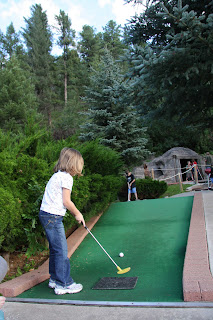 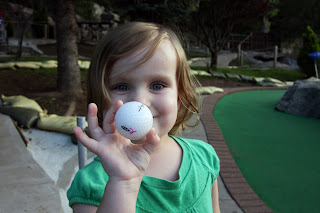 Part three is coming up tomorrow.  I’ll explain our National Lampoon’s moment, why none of us should ever be space pilots and reason #953 I still don’t like bats.  Certainly one of our most memorable wedding anniversaries ever!