Wow.  That went by fast.  It sounds cliche to say, “Just last week, I dropped them off for the first day.”  Cliche, but true.  I suppose it was partly due to our crazy year that some weeks and months sped by while others chugged along at a snail’s pace.  Overall, though, I’m still in shock that I am now the mom of a fourth grader, a first grader and a kindergartener.

In the words of our dear Italian friend, Paolo, “Not possible.”
The girls, Luke and I enjoyed some end-of-year parties on Friday.  The big boys were all smiles and stoked about the beginning of summer.  We’ll see if Monday brings about the same smiles and joy.  I’m tempted to send them outside with a jug of water and some paper cups, lock the door and tell them I’ll come out to fetch them when it’s lunchtime.
Will’s teacher, Mr. Youngpeter, has been teaching 30 years (wow) and he runs a tight ship.  Will is my structure kid, who thrives on rules and ‘doing the right thing.’  He and Mr. Y hit it off like peas and carrots.  We are so thankful for his calm demeanor, his high expectations and his experience.  Will thrived in third grade and made a smooth transition from St. Theresa to his new school.  Thank you Mr. Y! 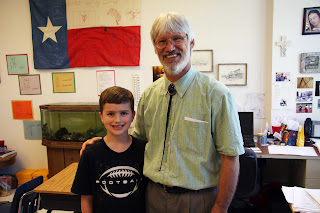 John Paul’s teacher, Mrs. Champion, and his Aide, Mrs. Ball, were such a great team.  They sniffed out mischief, encouraged creative thinking and really prepared him well for first grade.  Even though we’re happy/sad that he’s moving on, we get to occupy the kindergarten room again next year! 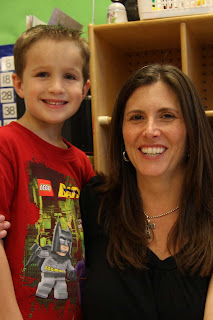 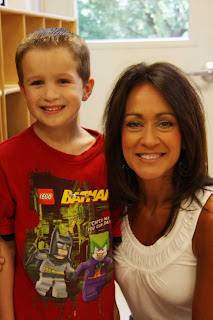 While the girls’ last day was a couple of weeks ago, I would be remiss without thanking their teachers as well…Ms. Lisa, Ms. Shelley, Ms. Janice and Ms. Reyna…thanks for being such a special part of our family this year. 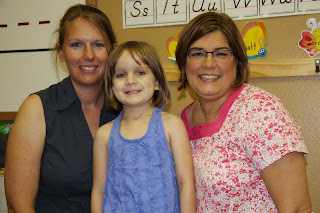 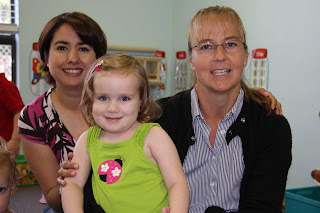 Now for some fun stories from the school year.
Will:  He was telling me about the last week of school and how some of the kids were yelling, ‘Woo Hoo, it’s the last day of school.  Aren’t you excited?’  To which I replied, ‘Wow, was that in Mr. Youngpeter’s class?’  Will’s reply, ‘Oh no, Mom.  We never act that way in his classroom.’  Proof that kids’ behavior is dictated by expectations.  Never be afraid to aim high.
John Paul:  So many to tell, but I’ll limit it to two.  Unbeknownst to us, he took one of his older brother’s comic books, “Bone,” to school.  When we got the note home from his teacher to please leave the book at home, I had a feeling there was more to the story.  Indeed there was.  Seems as if John Paul took the book and began asking to go to the bathroom, when he was taking a little too long, his teacher’s found him by his cubby “reading.”  No biggie.  They instructed him to put it in his backpack.  We only got the note when he started recruiting his friends to join him.  One by one, they were strategically asking to go to the bathroom and then congregating in the back to read the comic book.  It was when the teacher’s realized the convention going on that the note came home.  I suppose the boy does have signs of leadership skills 🙂
About two months ago, we received a sad face on his “respects self and school property” line in his red take-home folder.  Seems as if the P.E. teacher caught him locking all the bathroom doors from the inside, then crawling out underneath the door.  Stinker.
Anna-Laura:  One of her buddies on the playground didn’t have a playmate, so she walked over to her teacher, grabbed A’s hand and said, “Want to come play with me?”  Awww.
Clare:  I heard all year from her teachers, the directors and other moms that Clare is just a barrel of monkeys to be around.  Who doesn’t love the Clare Bear?
Another year has passed us by.  My kids have gotten older, tested their limits, learned some, forgotten a little, pushed the envelope and gained independence.  It’s an honor to be their mom.