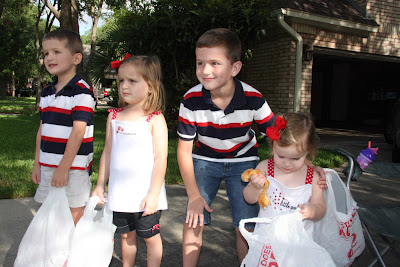 Man, I do love me some birthdays…America’s was no exception.

We started it out right with the parade down at the OC (our affectionate name for my parent’s subdivision in South Austin). I crack up every year when the “security” starts it off. Something about an 90-year-old man who can barely see the road that makes one wonder just how strong the force is down there. I digress. 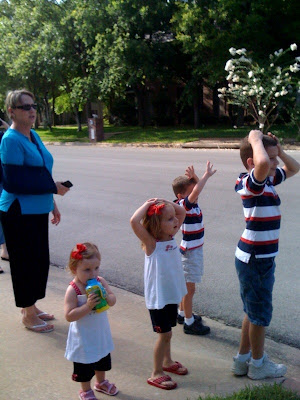 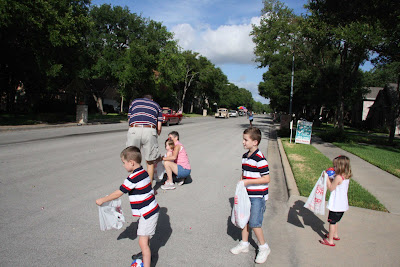 All that matters about the parade is that there’s candy. And, in land of retirees, if you’re a kid you score bigtime. The kids made a haul and Scott and I raided the stash before it got too picked over. Perk #96 for having lots of kiddos at a parade.
I must share one of the funniest stories of the day. Well, at least I thought it was worth some laughs. Scott and I had to drive separate because he had to turn in his beloved Challenger to the rent-car place. We were worried that he was actually going to be part of the parade, though. As he drove up to our spot along the route, he rolls down his window and says “Happy 4th everybody” and flings out a bag of donut holes. I think I pretty much peed in my pants I was laughing so hard. Not hard to do when you’re pregnant, I guess. 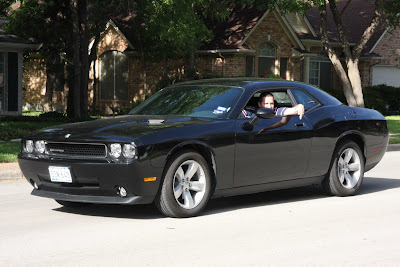 Not sure if you noticed but Clare was a teensy bit more interested in finishing her donut than she was grabbing candy. Me too, girl. The rest of the morning/afternoon was spent swimming, eating way too much good food, a little shopping at the outlets (which were INSANE), chilling at the grandparentals, more eating and an early bedtime for all of us. We skipped the pop-pops this year. Don’t think we’re un-American. We’re just parents who need some serious sleep. We’ll catch ’em next year. 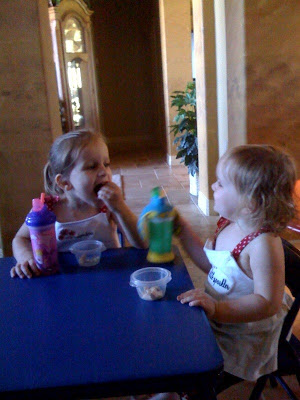 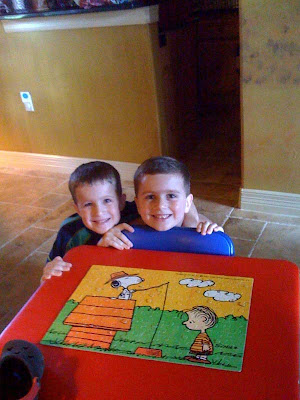