And…we’re done. Just a short 8 weeks ago, we started soccer season. This past Saturday we bid adieu to fall futbal. Shoot, we were just starting to hit our groove with clean soccer uniforms, carpooling to three practices/week and juggling 4 kids and 2 games every weekend.

It was a total joy to see Will evolve this season. We had to sit out during the spring – darn that broken arm. He’s not the super star, but he tries hard and loves to study the game. I’m proud of his progress, and thankful for our coach who got him there. We even ended the season with a made for tv goal shot. He had the penalty kick and blasted it through the opposing team who lined the goal. I’ve never seen a kid smile that big and run that fast to give me a hug. It was awesome. 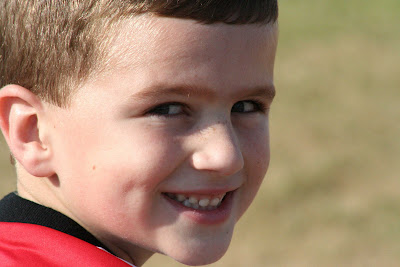 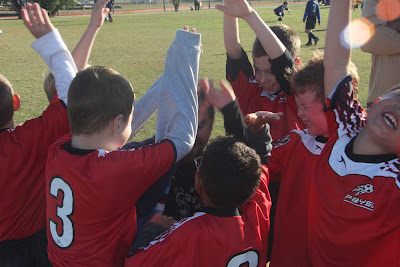 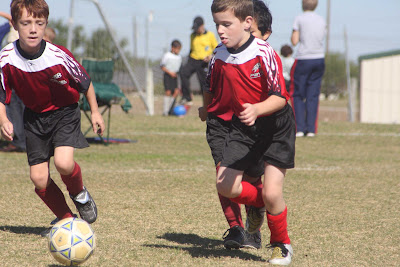 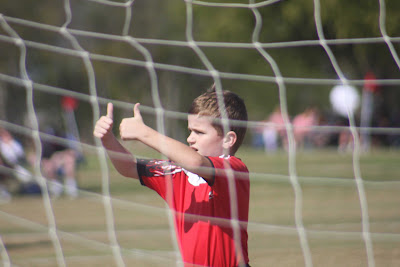 Just before the “big” shot 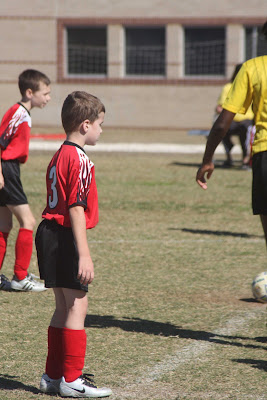 John Paul is showing signs of a budding athlete…if only he could stop talking to the girls and focus on playing. Making goals came second nature to him – must be the 2.5 years of soccer practices he watched from the sidelines. 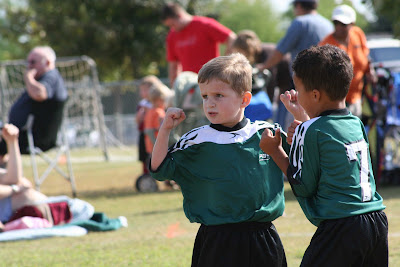 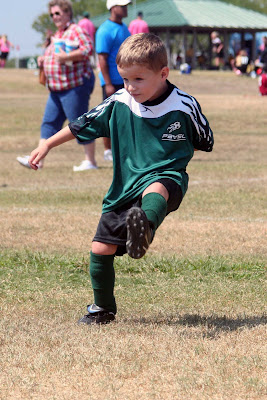 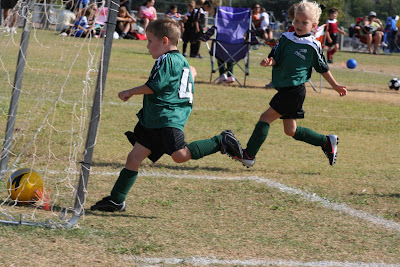 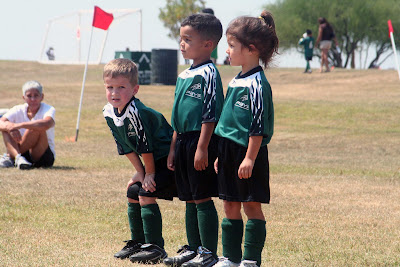 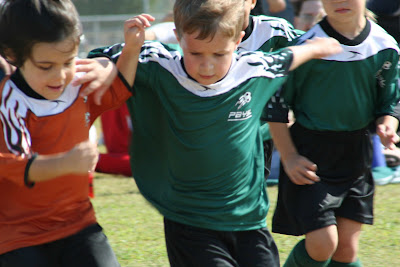 Will had his basketball evaluation on Saturday, before the last game. So, it looks like we’ll still be in athletic season around here. We might even make a certain uncle quite proud. We promise to forward you the schedule when we have it, Uncle Cory 🙂