Scott and are celebrating a big anniversary today – FIFTEEN YEARS!  When I think back to how little we knew then, how much we’ve learned and how much we’ll know in another 15 years, I am humbled.  Every morning, I see those beautiful blue eyes and feel grateful.  I am thankful that Scott has a job he loves, that he cares for his family, that he cleans toilets, barbecues, cooks and rarely complains.  Mostly, I am giving praise that the man I married is one of the most faithful people I know.  Without a doubt, he is my rock.  I’ve seen just how much so in the last two years.  I don’t take our moments together for granted.  Life is fragile.

Thank you, God, for giving me such a wonderfully, irreplaceable, loving, handsome gift.  I thought it might be fun to think back over these last 15 years with a bit of nostalgia.  Today you get a top 15 in honor of our big day.  Enjoy.

TOP FIFTEEN:  I DO!
1 Miscarriage.  In September 2004, I miscarried sweet Mary Grace.  It was then I think our marriage took on deeper meaning.  Up until then, we were just blissfully happy and then reality hit.  It happens to all of us.  I’m just thankful we took the experience and fell more in love, rather than falling out of it.

2 Apartments.  When we first married, we moved into a sweet little abode in Ames, Iowa, when we began graduate school.  You could stand in one place and see the entire apartment!  Two years later, we got “real” jobs, moved to Carmel, Indiana, and called another apartment home.  We were able to save up for our first house (totally exciting).  Wow.  So much has changed since then.

5 Kids.  I think  you might know these people.  We chuckled when we looked through the ‘ol wedding album and saw that we answered the “How many children to you plan on having” question with “more than two…”

6 Cars (Ford Probe, Chevy Trucks – 2, Chevy Malibus – 2, Honda Accord, Honda Odyssey).  Gee, I guess we have been good customers at home and abroad 🙂

8 Elfa closets from the Container Store installed.  Should you need assistance, provide Scott with a six-pack of beer and consider your closet installed.

9 Anniversary trips out-of-state (South Dakota, Tennessee, Ohio, California, Florida, Indiana, New York, Arkansas, New Mexico).  These totally make my year.  Five of them have been “out of country” and I’m just not telling you yet where we’re going this year!

10 Years as a fundraiser.  Scott is so darn good at asking people for money.  I’m pretty good at spending it.

13 ER visits (John Paul is 6 of those, just in case you were wondering.)

14 Times we’ve seen the Pope.  Twelve of them Pope John Paul 2 and two of Pope Benedict 16.

15 Years of love, laughter, faith and family.  I love you sweetheart. 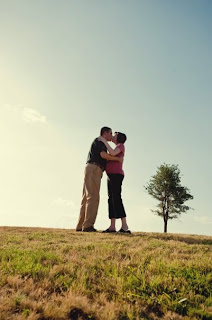