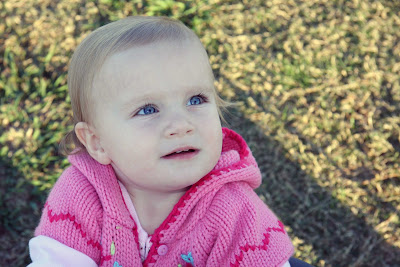 Clare Bear is the joy of the house. The rate at which she’s learning things is lightning fast. She’s not our baby anymore.

She walks. Finally. About 2 weeks before the 16-month mark, she took off. Right on track for our kids. Will, 1 year. John Paul, 15 months. Anna-Laura, 21 months. Clare, 15 months. Now she’s a maniac. Not only can she move that hiney pretty darn fast, she’s becoming quite the climber. Her guardian angel is doing some serious overtime.

She’s tough. She garnered her first “Whitaker Bruise” on the forehead last week. She’s officially a member of the family. One of my children must have one of those at any given time. It’s a house rule. 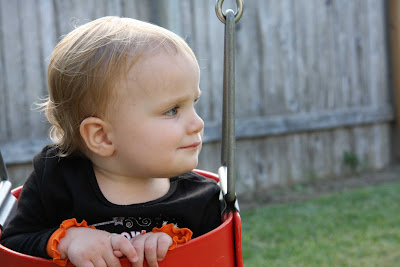 She’s sassy (see picture). Her screams can bust your eardrums. 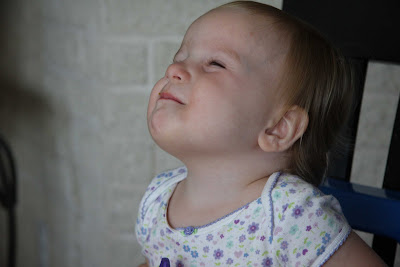 She’s curious. She’ll just be cruising through the living room, only to stop, squat and investigate the crumb I missed while vacuuming. A new toy can keep her mesmerized for a good 20 minutes. Or not.

She’s sweet and funny. Clare loves to give kisses now and pat you on the back when she hugs you. She loves to say “hi” and “bye” and wave. She giggles when we kiss her on the neck. She cracks up when her siblings head butt her. Hilarious. The interaction with other people reminds me that she’s learning to be her very own person. I love that. 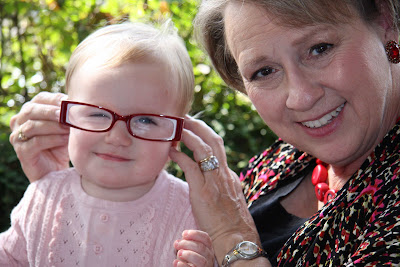 I suppose there’s a big part of me that’s just can’t stop smiling when she reaches a new milestone… And then there’s this other part that’s a little sad. That’s one less thing she needs me for.

Momhood is bittersweet. As a TV mom once told her daughter, “Yes, I went completely insane raising 5 kids. But, then you’d do something sweet…You just have to be open to the moments.”

Here’s to being open to the moment…